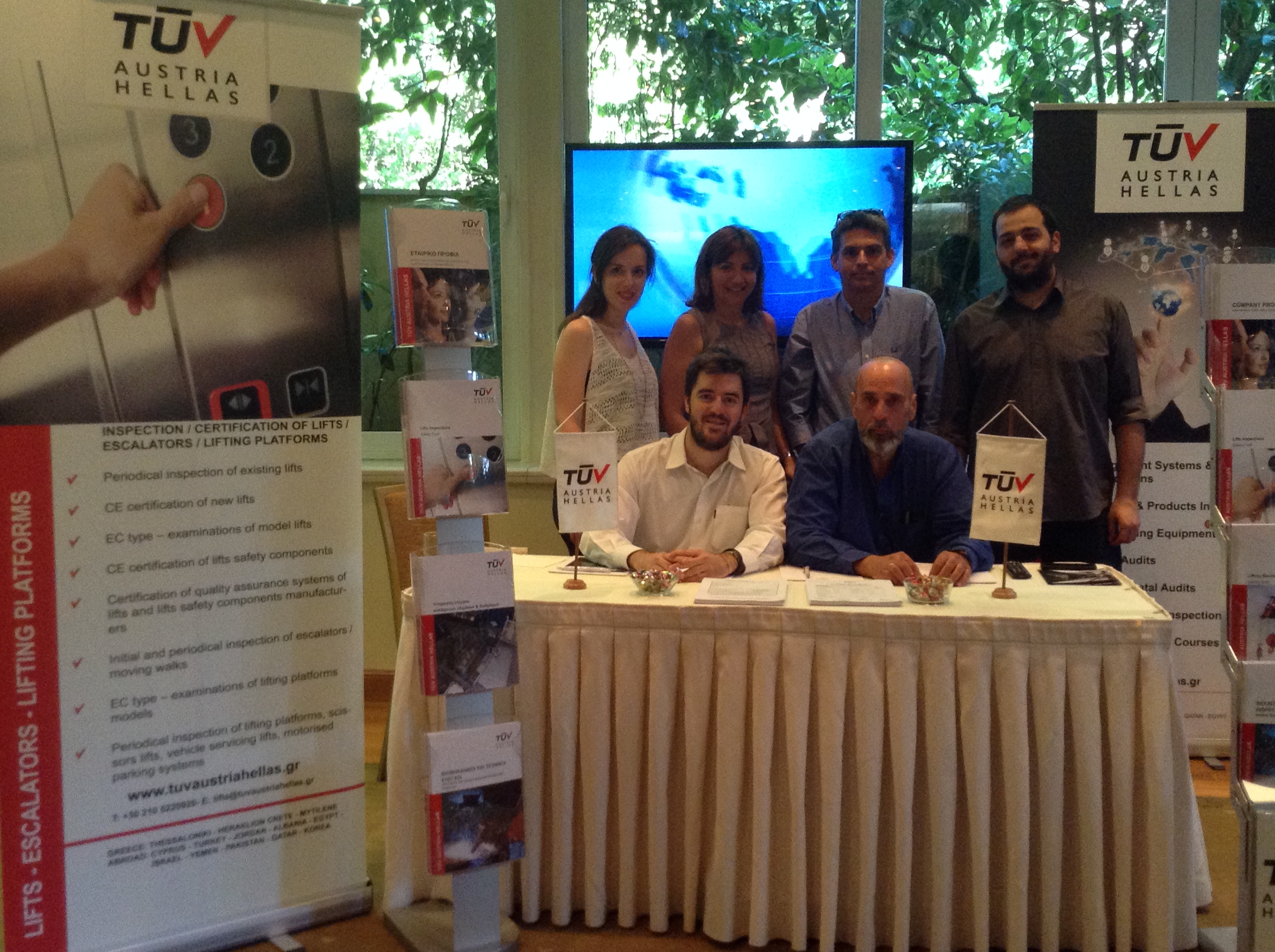 TÜV AUSTRIA HELLAS, holding a leading position in the field of inspection and certification of lifts in Greek market, participated as a sponsor at the 2nd Event on Lifts’ Safety, carried out by the Panhellenic Union of Lifts and Escalators Technology (P.E.T.A.K.) on Thursday, June 4, 2015 in Athens.

In the context of the event, Mr. Panagiotis Kontoulis, Head of Lifts & Lifting Appliances Division of TÜV AUSTRIA HELLAS, analyzed the benefits from the implementation of security controls in accordance with the current legislation for the new and existing lifts, as well as the weakness of legislation and its application. Also, Mr. Kontoulis emphasized the lack of significant security measures in the current ministerial decision Gov.2604 / B / 2008 compared to the European Standard EN81.80. Moreover, he noted that it is necessary the tens of thousands of existing (operating) lifts in our country remaining without certification, to be inspected by recognized organizations as soon as possible. Furthermore, he also suggested specific actions about control procedures for the improvement of the safety of lifts in our country.

The main speakers of the conference was the former Transport Minister of France, Mr. Gilles de Robien and Mr. Philippe Lamalle, the outgoing President of the European Lift Association (ELA), who presented good practices and survey data for the use and lifts safety in Europe for study and adoption by the Greek bodies. The event closed with an open discussion among all participants on the futre actions for the harmonization of Greek security policies with European standards.

The conference and corporate stand attended many of TÜV AUSTRIA HELLAS employees and inspectors as well as the General Manager, Mr. Yiannis Kallias, who said: “TÜV AUSTRIA HELLAS seeks to participate and support initiatives bodies such as P.E.T.A.K., which highlight serious security issues and design policies to prevent accidents. The frequency of serious accidents in elevators in Greece and the fact that a large percentage of them remain without certification as to their security, must lead us to the immediate adoption of modern European practices. We are willing to contribute with our experience and our technical expertise to overcome the problems and weaknesses and to implement a modern legal framework.